On 15 March 2022, the Economic Crime (Transparency and Enforcement) Act received royal assent which would help the UK combat economic crime. In response to the Russian invasion of Ukraine, the government fast tracked the passage of this legislation.

The Act intends to simplify the detection and tracking of illicit money. To address the allegations that the UK is a shelter for tainted riches laundered through real estate properties and other assets, the first draft of legislation targeted at combating secretive ownership of UK property was prepared in 2018.

The Act focuses on three important measures to increase the authority of UK enforcement agencies:

Impact On the Region

The Act is in force throughout the UK. As an example, certain sections of the Act address the variations in land law between Scotland and Northern Ireland, England and Wales, and other countries. The primary policy goals, nevertheless, are the same across the UK.

The Act modifies the Sanctions and Anti-Money Laundering Act of 2018. The most noticeable immediate effect will be to allow the government to apply sanctions on a larger range of individuals, notably by coordinating UK designations of individuals and groups with those made by the US, EU, Canada and Australia more quickly.

It will be necessary for the government to create regulations outlining both a normal method and an urgent procedure for designating things.

By eliminating the need to demonstrate that one “knew, suspected or believed” that the person with whom they were dealing was sanctioned, the “sanctions” component of the Act is primarily intended to make it simpler to impose penalties on violators. In practice, this means that it is now the responsibility of a business or professional to identify their client as a sanctioned person or entity.

Even with reasonably advanced anti-money laundering procedures, many organisations may have a blind spot when it comes to penalties because of data and information uncertainties. If you find a match, you should report it to the Office of Financial Sanctions Implementation (OFSI), which publishes a consolidated list of sanctioned businesses online.

A person’s intent or knowledge about the breach is irrelevant to the question of whether OFSI has the authority to impose a civil monetary penalty under the Act, which replaces this knowledge requirement with strict liability.

Non-compliance with UK financial sanctions legislation is a crime subject to penalties and prison sentence. A civil penalty of up to GBP 1 million or 50 per cent of the value of the violation, whichever is higher, may also be levied by the UK financial sanctions enforcer which is the OFSI. This has been OFSI’s preferred method of enforcement so far.

UWOs have their roots in the Criminal Finances Act of 2017, which added additional sections to the Proceeds of Crime Act of 2002 (POCA). An UWO demands that the respondent justify the legality of the source of the funds they used to purchase property held in the UK or abroad. In accordance with the ruling, they must describe their interest in the property, how they acquired it, and any other details pertaining to it. The court will set a specific amount of time for the respondent to comply with the order.

Politically exposed individuals and those suspected of involvement in severe crime are two groups of people who may receive an UWO (provided that the suspicion is supported by “reasonable grounds”). An UWO is designed to reverse the burden of proof, making it simpler to obtain a Civil Recovery Order. The respondent’s property may be frozen or taken if they are unable to provide legal funds.

Any company that manages assets for another party that is subject to an UWO has reputational risks as well as possible regulatory repercussions. To make obtaining UWOs simpler for UK authorities, the Act makes the following changes:

Being linked to a respondent who is the subject of a UWO may have a significant negative impact on a company’s reputation. It may also prompt the authorities to look more closely at the company’s internal systems and controls for financial crime and due diligence.

Having a client subject to UWO may mean there is a loophole in the onboarding process. Upon learning of the UWO, the fund manager or fund administrator should assess its relationship with the respondent, but it must be cautious of any legal limits on moving assets resulting from a court order or other applicable regulations, such as sanctions and money laundering legislation.

In accordance with a new register established by the Act, foreign entities that possess property in the UK must register with Companies House and disclose their beneficial owners. The Act will apply retroactively to property acquired in England and Wales since January 1999, and in Scotland since December 2014.

The overseas entity won’t be permitted to purchase, sell or mortgage UK property in the future if they fail to register or provide false information. Both actions are considered a criminal offence. When an overseas entity transfers land without complying with the registration requirement, the overseas entity and accountable officials may face a fine or imprisonment when found guilty of the crime. Each year, the entity must update the information it provides to the register after it has been confirmed.

Non-compliance is punishable by penalties and criminal liability, which, depending on the offence, can result in a sentence of up to five years in jail for the most serious violations. According to the Act, the Registrar of Companies may impose a monetary fine that includes a charge against real property.

Anyone with an interest in assets that have been placed under restrictions due to registration requirements may be affected. Due diligence on deals involving the purchase of UK real estate, particularly regarding beneficial owners, Persons with Significant Control, and linked individuals, is likely to be subject to enhanced scrutiny as the Act will be applied retroactively.

We are aware that the laws governing the economy are continually changing as a result of the complex global financial system.

As a fund administration and compliance service provider, we guide and assist you in your international business and investment activities. Our people keep an eye on global trends and respond to regulatory changes that have a significant impact on today’s linking markets to manage the complexity of services and compliance. 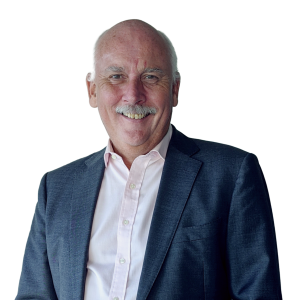