A small Western European country, Luxembourg (officially the Grand Duchy of Luxembourg), is one of the most alluring business hubs in the region. From its competitive business location to its emerging industries, Luxembourg is an ideal place to set up your next business venture. We discuss some of the reasons for you to start doing business in Luxembourg.

Luxembourg is bordering European Union countries with major economies such as Belgium, France and Germany. Its central European location has direct access to its neighbouring markets. From Luxembourg, about 60 per cent of the Union can be reached in less than half a day, making it a strategic location for doing business. In addition, existing infrastructure makes it possible for Luxembourg to penetrate cities such as Brussels, Frankfurt, Amsterdam and Paris, all in just a few hours.

The Grand Duchy provides for an ideal operational and logistical hub with its central position in the region. Regardless of its relatively small size, its geographical setting serves as an advantage for those who are planning on doing business in Luxembourg.

Complementing its favourable location, Luxembourg maintains good international relations with various jurisdictions. As a result, the Grand Duchy has an active presence in the formation of foreign policies. It is a proponent of international diplomacy and multilateralism. Luxembourg is a member of several international unions and organisations, some of which are:

Businesses established in Luxembourg have full access to the European Union’s internal market. This opens an opportunity to tap into 27 countries, translating to 445 million consumers.

Luxembourg benefits from its diverse and multi-national roster of human resources. Its central location provides for a diverse human capital in terms of talent, experience, culture and language.

Multinational teams are a common sight for companies doing business in Luxembourg. The bridging of cultures and business standards is made possible as 74 per cent of the Grand Duchy’s workforce consists of foreign and cross-border professionals.

What’s more, Luxembourg placed third for the second time in a row in the 2021 series of the World Talent Ranking of the Institute for Management Development (IMD). IMD’s World Competitiveness Center used a three-fold factor in evaluating talent in economies, namely, Investment & Development, Appeal, and Readiness.

The Luxembourg government has put into place an attractive fiscal environment for businesses. In fact, the country ranked fifth on the International Tax Competitiveness Index in 2020 and 2021. The index measures a country’s adherence to the crucial aspects of tax policies, namely, competitiveness and neutrality. If a country ranks highly in the index, its tax code is deemed to have the ability to promote sustainable economic growth and investment opportunities. Luxembourg’s tax regime is a contributing factor to the country’s successful business start-ups.

Several government grants are available to businesses, especially in sectors such as information technology, environmental protection and energy efficiency. Financial support may also be granted to eligible small and medium-sized enterprises located in Luxembourg’s development areas. Locally-based businesses may avail of the National Credit and Investment Corporation’s (SNCI) medium- and long-term capital grants.

Luxembourg has one of the highest GDP per capita in the world, which illustrates economic stability and a high standard of living.

Luxembourg is one of the ten countries with an AAA rating from S&P Global Ratings, Moody’s and Fitch. This is the highest possible credit rating given to a prospective debtor. The triple-A rating reflects the Grand Duchy’s creditworthiness and state of the economy.

Luxembourg reaps the benefits of its market’s diverse industries. Its banking and financial services lead the pack amongst other emerging sectors as the financial industry makes up for about a third of Luxembourg’s GDP. Some of the country’s emerging industries include:

These industries that constitute Luxembourg’s business environment provides market entry opportunities for companies and employment opportunities for professionals. The previously mentioned grants and fiscal programs supplement this opportunity, which stimulates competitiveness amongst businesses.

Things to keep in mind when doing business in Luxembourg

Forms of business organisation and requirements

Generally, the main types of business organisations in Luxembourg are sole proprietorship, companies, partnerships, and cooperative societies. Listed below are more specific types of legal entities that can be incorporated in Luxembourg, namely:

Each legal entity varies in formation requirements, incorporation procedures and other applicable regulations. If you are planning to be doing business in Luxembourg, do not hesitate to contact our local office.

The recent COVID-19 pandemic paved the way for new legislative frameworks concerning the operations and doing business in Luxembourg. The purpose of such measures was mainly to alleviate problems with liquidity and maintain employment. Such measures include state-guaranteed loans, assistance with the shift to remote work and financial support, among others.

As one of the fastest-growing economies in the world, Luxembourg has a well-established Anti-Money Laundering (AML) and Counter-Terrorist Financing (CTF) directives. Its financial sector laws are mostly based on the European Union’s regulations. Some of the key laws established to address money laundering are the Law of 5 April 1993, Law of 12 November 2004 and the Law of 27 October 2010.

Luxembourg has also established the Cellule de Renseignement Financier (CRF) or Financial Intelligence Unit (FIU) within its Ministry of Justice to further strengthen its efforts against money laundering and terrorist financing risks. Corporate entities that are planning to be doing business in Luxembourg must comply with numerous AML/CTF obligations.

How Bolder Group can help

There are many reasons to start doing business in Luxembourg. The Grand Duchy serves as an attractive location to start your next business venture. Its geographic, economic and political environment pushes its position as a competitive business hub in the region.

As a global fund administrator, Bolder Group can provide you with the expertise that you need in your middle and back-office needs. We can also help you enter the Luxembourg market to grow your business internationally. 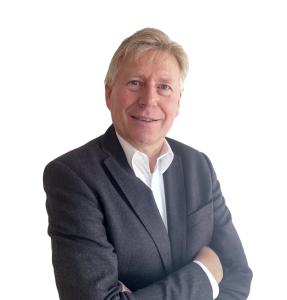