discover more
Home » Blogs » More than a year after Brexit, firms seek space in the Netherlands

More than a year after the Brexit transition period has ended in December 2020, the United Kingdom and the rest of Europe are feeling the aftershocks of the UK’s decision to leave the political bloc. The European Union is definitely affected by Brexit, but even more so, one of the UK’s closest neighbours, the Netherlands – an hour’s flight from the Kingdom.

When Brexit came into effect in 2021, Britons who reside in the Dutch country had to apply for a residence permit to be considered legal migrants in the Netherlands. Of course, there were also sectoral impacts on the UK-NL transactions; for example, a more complex agriculture export and customs, transport and logistics rules. Talking business, both exporters and importers were warned of ‘longer queues’ due to additional customs requirements.

Fast forward to early 2022, a number of UK companies have set their eyes on the Dutch country. As early as 2016, the year of the UK EU (European Union) referendum, the Dutch Chamber of Commerce listed 218 companies who moved to the Netherlands due to Brexit – financial institutions being amongst the first ones to do so.

In 2019, the Netherlands Institute of International Relations studied which companies were relocating (all or part of their operations), expanding or opening an EU HQ or office in the Netherlands because of Brexit. Majority of the first firms to move to the Netherlands since Brexit were from the financial sector. From these, most set up offices (2019) or moved completely (2019). Most of these companies have global operations.

Interestingly, in the same year, three NGOs from the UK moved to the Hague due to the EU withdrawal.

However, these ‘Brexit companies’ are not exclusively British firms. Many businesses from the United States of America and Asia are revisiting their presence in Europe, too, so they can enjoy the free movement of goods in the single market.

But why move or set up branch in the Netherlands?

The Netherlands-British Chamber of Commerce believes the Dutch country has ‘good reputation’ in the UK. From a duty perspective, both the UK and the Netherlands can benefit from the double taxation treaty even post-Brexit. Plus, the Netherlands offers a number of advantages for businesses, which include highly skilled and multi-cultural workforce, modern physical and digital infrastructure, the proximity of both countries to each other and being neighbours with key economies in the region.

It’s not all about the move, though; it’s also the stopover. The Dutch logistics sector has been reaping the rewards of Brexit uncertainties, port delays and added transport requirements for both exporters and importers.

Some firms affected by the UK departure from EU are reentering the bloc through housing in the Netherlands, a country with important international ports. There’s a boom in Holland’s distribution houses, smoothly greeting Brexit firms facing transport issues, heavier taxes and legality concerns after Brexit.

Since 2017, the NFIA recorded that more than 90 companies have built or leased distribution spaces in the country. More than half of these started in 2021 – when Brexit officially took effect. The Netherlands has access to 244 million consumers within a thousand kilometres – most from major European economies, like Germany and Belgium. So, for a delivery and logistics point of view, it makes sense for firms to distribute from the country.

Five years ago, the warehouse space in the Rotterdam port started expanding due to the influx of Brexit companies seeking housing in the Dutch country to remain in the EU market.

Planning to enter the Dutch market?

Bolder Group has presence in major economic regions worldwide. With over 12 locations from Europe to the Americas to Asia, our fund administration services are tailored to your needs and the local laws and culture in your jurisdiction. Are you a Brexit company or are you a startup looking to enter the Dutch market? We can help you incorporate your company in the Netherlands. The first step? Know why you should set up a business in Holland. The second step? Head on over to www.bolderlaunch.com to contact our Launch crew. 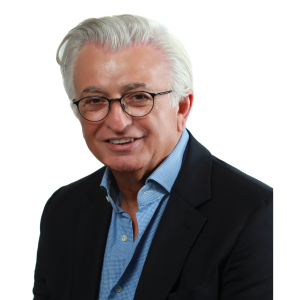